We all know how informative Chartered Accountancy course already is. However, there always is a way to hunt for more sources to gain more information. Along with that, at some point or the other, we all seek motivation. For all the bookworms, given below are some suggested motivational books to read that you might find luring.

1. The Secret by Rhonda Byrne –

The author Rhonda Byrne received a book from her daughter in 2004 when she was going through a traumatic phase in her life. The book that she received was “The Science Of Getting Rich” by Wallace Wattles. This book influenced the author to write “The Secret” which has sold over 30 Million copies worldwide and has been translated into 50 different languages. “The Secret” has also appeared on “The Oprah Winfrey Show“. The book targets the maximum audience to follow a three-step process of Asking, Believing and Receiving. This book has evidently changed a lot of lives and given new hope to a lot of people.

2. How To Win Friends And Influence People by Dale Carnegie –

Published in 1936, “How To Win Friends And Influence People” is believed to be the most interactive and reader-friendly book. The book reached the New York Times best-seller list by the end of the year of publication. It was also ranked Number 19 on Time Magazine’s list of the 100 most influential books in 2011. This book is classic yet easy to apprehend by the common masses.

Motivation is like fire—unless you keep adding fuel to it, it dies.

Amongst the prevailing negativity around us all the time, this book aims at picking the happenings from our daily life and converting them into positive energy. This book was published in 1998 and since then, it has been helping people move towards success with a positive mindset. This book gets us right at heart because who does not want to win?

4. The Subtle Art Of Not Giving A F*ck: A Counterintuitive Approach To Living A Good Life by Mark Manson –

Mark Manson came up with a totally different concept in 2016, introducing the youth to the non-applicability of self-help books in practical life. The author’s personal experiences have been illustrated in the book which replicates a better way of dealing with the modern day issues rather than making an attempt to remain happy all the times. The personal experiences of the author allow today’s youth to relate more with the contents of the book. Because of a large amount of young audience and their relativity, the book has also appeared on the New York Times best-seller list for a very long time.

5. The Honest Accountant by Peter Milwain –

We study the ethical dilemma in the Chartered Accountancy course. Something similar in nature is found in the 2006 novel “The Honest Accountant”. The novel depicts Tom Mackay’s constant fight between choosing the right and the wrong when he comes across a trail of Insurance Fraud. The suspense keeps the reader interested until the very last page.

6. The Joy of Tax by Richard Murphy –

“In a democracy with a universal franchise that provides every adult with a right to seek election, tax is that property held in trust by an individual or company that is due to the state whose rightful and legal property it is.”

Where the common masses treat Taxes as an unnecessary burden on people, Richard Murphy challenges this notion in his book “The Joy of Tax”. He intends to elaborate on the importance of Taxation along with explaining how amazing this whole system is. Richard Murphy refuses to accept Tax as something related to technicalities only. He strongly believes that Taxation forms the backbone of society we desire to live in. The author connects Taxation with Democracy to a great extent. The 2015 published book suggests opinions that might help in eliminating all the loopholes in the Government System. Tax campaigner Richard believes in Taxation’s potential to improve the economy. All these interesting elements in connection with Taxation makes this novel quite intriguing.

7. The Power Of Habit by Charles Duhigg –

We have been taught since childhood to develop good habits. Those are not just traditional beliefs. They cascade down to us as kids from our parents who have already experienced all these things. Habits are not easy to develop. And this book deals with exploring the scientific face behind the development of habits. Touching the nostalgic organs of the young generation, this 2012 published book stood on the best-seller list for The New York Times, Amazon.com, USA Today. This wonderful book has also been known to have been listed for the Financial Times and McKinsey Business Book of the Year Award in 2012. This book is sure to motivate and upgrade us into a better human than what we were in the past.

Check Out | The Summary of The Intelligent Investor by Benjamin Graham

These were a few personally selected and suggested motivational books to read, beaded only after a proper reading and analyzing the requirements of the youth, with an intention to extend a helping hand. Feel free to ask queries or drop any new and better suggestions in the comment box below. 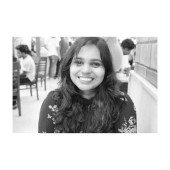