A Chartered Accountant’s “delegation of work” which can ruin your life. Apparently, a Chartered Accountant in Kolkata was ‘delegating’ the copy-checking task of CA exams to some accountant he knew. CA Surojit Dutta who is a *certified examiner* of ICAI used to give the CA examination copies to another person, Pabitra Roy, who also provides tuition services to CA students. This is CA exam copy checking fraud. Let’s get into the ICAI copy checking by unauthorized person fraud case.

Timeline of the whole event

According to the police, a few days back they received information from an anonymous source that Pabitra Roy, a residence of Radha Madhav Goswami lane has some unauthorized answer sheets of CA exams.

Acting on the information, the police raided Pabitra Roy’s residence where they found around 240 answer sheets of CA exams.

Using the information from Pabitra, police interrogated Surojit. During the interrogation, Surojit told the police that he is a certified examiner of ICAI. He receives answer sheets of all the exams for checking. After this, the police arrested him and confiscated around 300 copies from him.

The police informed ICAI about all this fiasco and ICAI officer Atis Basu went to Shyampukur station late Wednesday night and talked to the police officials. CA Atis Basu is the Joint Secretary in-charge of overall supervision and signing of all letters and certificates.

No case filed by ICAI

ICAI has yet not filed any case with the police regarding this matter.

Since no case was filed by ICAI, the police acted on its own and filed a Suo Moto case and arrested Surojit and Pabitra.

ICAI issued a press release dated 26th July, 2019 giving Clarification regarding news reports on possession of answer books of CA exams by an unauthorised person. ICAI in the press release said, “An instance of Examination books being in illegal possession by an unauthorised person has recently been reported at Kolkata involving around 500 copies. It is clarified that ICAI examination system is totally robust and this instance is an aberration. The system runs through codified numbers and it is not possible to ascertain the identity of examinee or examination centre by any examiner or anyone else. The Institute has already initiated steps to proceed against the delinquent examiner and person in illegal possession of the answer books.”

Can there be something more to this case?

Since Pabitra also provided tuition to CA students, it is also anticipated that he took bribes from CA students for passing them in exams. The reason he got motivated to do this is that a certified examiner from the CA fraternity gave him the copies for checking.

This is the reason that the demand for centralized checking comes in. The examiners should gather at a commonplace and check the copies there so as to be on the radar of ICAI. ICAI should also go for OMR based checking and all this fiasco will be easily avoided.

Digital Marking – a bigger bane than a boon

Digital marking is not the same as OMR based marking. Examiners will get a login id and password which they could easily give to someone else for checking and it won’t even be identified unless some strong security is used.

Human intervention should be completely abolished and the copy checking should be entirely digitalized. Otherwise, this CA exam copy checking fraud will not be the last one we heard of. The CA students’ life and future are at stake here. No one has got the right to play with it. Because of someone’s greed, the life of CA students is at threat. This is a serious issue and we hope strict actions will be taken against the wrong-doers and adequate measures will be established at place.

The police are performing their duties, it’s time ICAI does too.

You can check the same news on Telegraph as well from this link.

We’ll keep you updated about the proceedings of the ICAI copy checking by unauthorized person case. Meanwhile, you can drop your views in the comments below. 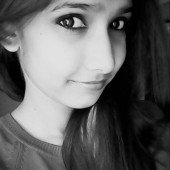