Everything You Need to Know About the IL&FS Fiasco

IL&FS- You all might have heard this name a lot of times in the past weeks. IL&FS is one of the biggest financial fraud in India. The fraud was uncovered last year and it involved 9900 crore rupees. So, do you know what the IL&FS fiasco is? and why is it flashing so much on the screen? That’s what we are going to decide for you today.

It all started when IL&FS Ltd. moved up its hand and started defaulting the loans which it had taken from the financial institutions and the investors. Suddenly they started defaulting all bonds repayment, loans repayment, and investors deposits. This started pining the eyes of the rating agencies. Consequent to defaults, rating agency ‘ICRA’ downgraded the ratings of its short-term and long-term borrowing programs. The defaults also endangered hundreds of investors, banks and mutual funds associated with IL&FS. They sparked panic among equity investors even the several non-banking financial companies felt the default scare.

Check out| Introduction to Mutual Funds and its Types

So, what were the reasons for business failure? As infrastructure became the central theme in the past two decades, IL&FS used its first mover advantage to lap up projects. In the process, it built up a debt-to-equity ratio of 18.7. The group with at least 24 direct subsidiaries, 135 indirect subsidiaries, six joint ventures, and four associated companies now had a debt of about 91,000 crores. There was a huge asset-liability mismatch.

IL&FS came so much under the debt that the assets could not meet up the mark of balance and thus it all started shriveling. A major reason behind the troubles of IL&FS is complications in land acquisition. The land acquisition law made many of its projects unviable. Cost escalation also led to many incomplete projects. Lack of timely action worsened the problems. And from there the story of the window dressing started. Also, IL&FS is a shadow bank and thus had less regulatory compliance. This largely helped them to escape under the nose of regulations.

Why are the Auditors behind the bar?

Deloitte was the auditor of IL&FS. The sudden fall moved all the heads to the auditors. The integrity of Deloitte was hit hard with questions. And when the fire was taking air soon a whistleblower of Deloitte alleged that how Deloitte was helping IL&FS to cook the books. As soon as the things came out SFIO (Serious Fraud Investigation Office) took control over the case. The SFIO claimed Auditors and credit rating agencies to be the part of contributors to the IL&FS failure. 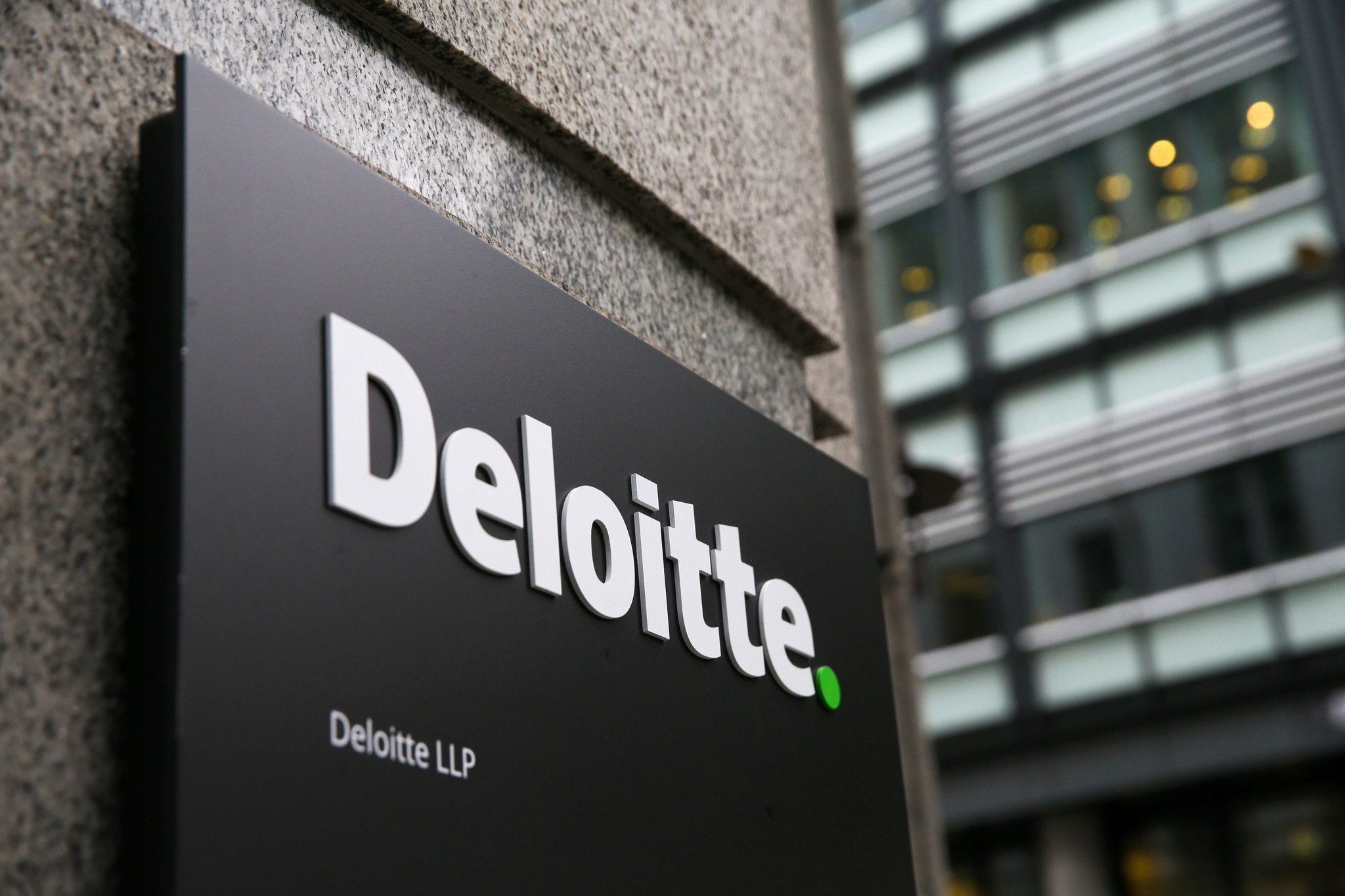 The Grant Thornton was given the task of forensic audit where they found Deloitte to be prima facie guilty. It was found that the auditors fail to perform the audit with due care and professional skepticism.

Professional Scepticism is an attitude of having a questioning mind, being alert to the condition that may indicate possible misstatement and critical assessment of audit evidence.

The whistleblower in the letter clearly revealed the Quid Pro Quo (something in exchange for something) relation between the two bodies and how mutual benefits were kept in the row. KPMG, BRS& co. was also pointed. The two Audit firms Deloitte and KPMG, BSR failed to let the irregularities reach to the public. Auditors are responsible for frauds detected after an audit if it fails to prove that audit was performed with due diligence and all the SAs have been followed.

The primary objective of an auditor is not to detect frauds and error but it is the responsibility to comment that the financial statements are showing true and fair view or not.

The whistleblower in a letter claimed how Deloitte relied on management representation to form the audit opinion.

Check out | How to Choose CA Intermediate Audit Classes?

The first move to the case was when Senior managers of IL&FS were put behind the bars.  The government sacked the board and a new board was appointed which comprised a bunch of retired bureaucrats and was headed by Uday Kotak chairman of Kotak bank. The defaults by IL&FS have shut it out of the market, leaving it at the mercy of shareholders. The second positive move was to section 140(5).

As per section 140(5) of The Companies Act 2013, if tribunal deems fit the auditor in default, shall be banned for 5 years and it is also liable to fraud under sec 447.

MCA moves NCLT to ban the auditors for 5 years

The case, along with itself, brought many questions to NCLT and questioned its probity. The case saw a recent development. The MCA move to NCLT was the first positive sign to the case in the past 8 months. The SFIO charged sheet that the external auditors were guilty of fraud under Section 447 of the Companies Act which could lead to a jail term of up to 10 years for individuals and a fine of 10 times the fraud size.

Section 447 gives the government power to imprison and levy a penalty if an entity is found guilty of fraud.

The audit firms BSR and Co., a KPMG affiliate, and Deloitte Haskin and Sells were charged for concealing information by not raising alerts on the misstatements in the accounts. The auditors were given the deadline of 21st of June to file the response in allegations thereon.

Deloitte Haskins & sells and BRS & Associates, (a KPMG network firm) the former auditors of IL&FS Financial Services (IFIN) in their replies to the charge sheet seeking a five-year ban on them have questioned the NCLT jurisdiction. The two argued that the MCA’s application was not maintainable as they had already resigned as the firm’s auditor. Deloitte was the auditor of IFIN for 10 years starting 2008. And here BSR made the entry. In 2017-18 Deloitte and BSR did a parallel audit of IFIN.

To all the allegations made the audit firms were, however, confident of defending their position claiming they have acted in accordance with applicable laws.

DHS LLP (Deloitte) is confident that its audits were performed in accordance with the applicable professional standards, and is cooperating fully with the investigative authorities,” said a spokesperson for Deloitte in an email.

A spokesperson for BSR and Co., which took over as auditors of IFIN in 2017, said,

“We will study and appropriately respond to the charge sheet when we receive it. We transitioned into the audit of IFIN as joint auditors only recently in FY18 and stand by our audit, which was performed in line with the applicable auditing standards and regulations”.

Both the firms are simply playing safe on the statement.

The NCLT asked the ministry to file the response and will hear the matter on July 15. MCA is in no mood to let go of the traitors anymore. It simply puts

“The fraud committed at IFIN is nothing short of organized crime, actively aided and abetted by the statutory auditors”.

Are the auditors too BIG to fail Or the casualties BIG to continue?

We can not have a 1992 Harshad Mehta investigation which goes on for 25 years anymore. We need to learn from these scams. It’s really an alarming call to the system. Quick and stringent steps must be taken in regards.

KPMG affiliates audit 175 listed companies and Deloitte affiliates audit as many as 160 listed firms. The groups audit more than 250 companies. That makeup for about 40% of the market capitalization of listed Indian companies. Are they really so Big that they can’t fail? Or the casualties Big to continue? Is it really true that if these firms are barred from audit work, many companies would be left scrambling for auditors?  Drop your views to question. And let your opinions flow to the authorities.

Check out | Who is the Best Teacher for CA Inter Audit? 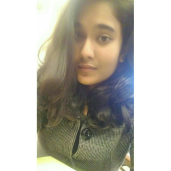