CA is one of the toughest course which requires hardwork. A person spends many years to crack it. We need a lot of patience to clear it. Many of the students drop it in midway. Many a time a person feels demotivated. It could be due to failure, sometimes a student feels low due to continuous pressure by parents. Friends also start making fun. But you need to stay focussed and calm.

Rajani Gopalkrishna is India’s first visually impaired woman to become a Chartered Accountant. Several students with normal health struggle to clear CA along with best facilities and coachings. She cleared examinations in 2002 and became a CA.

She was prescribed penicillin tablets for common cold by a doctor when she was nine years old. This was given without a test and this resulted in an allergic reaction. Her vision started deteriorating and by the completion of her B.Com, she lost her vision of left eye completely.

She found it difficult to get a job and decided to pursue CA. She cleared CA with a lot of difficulties but finally, all her efforts paid, and she added that prefix to her name. Currently, CA Rajani Gopalkrishna is the Sr. Manager Financial & Legal at CBM India Trust.

Shailesh hails from Limbayat, a small town located in the Indian state of Gujarat. His mother Nirmala was a housemaid, and his father was a labour worker at a textile factory. It was quite tough to manage a family of 5 members with their meagre earnings.

He passed B.Com from IGNOU. While pursuing B.com, he came to know about Chartered Accountancy. But it was difficult for him to pursue CA due to the financial background. He joined an institute as an office boy and used to study in office in spare time.

Ms Prema is from a very normal middle-class family of four, her parents and her younger brother. Her father Jayakumar Perumal is from Tamil Nadu, and was an auto driver for 20 years. Her mother used to work for a private company. She later stopped working when Prema grew up and started earning during articleship.

She cleared her CA with AIR 1. A candidate with a moderate amount of available resources but an abundance of confidence and dedication can, of course, create history.

Failure will never overtake me if my determination to succeed is strong enough.
-Og Mandino

Kailash Narayan Purohit From Jodhpur has passed his CA Final Exam this time after 32 attempts of CA Final and 20 Years in CA course.  The faith he had in himself pushed him to move further even after so many negative attempts. His passion and confidence are commendable.

Neha Bansal was confined to a wheelchair when she hurt her spine. Except for her right hand, she couldn’t move any body part. She wanted to commit suicide but her family supported her. Her family supported her throughout her journey. And then, with her dedication and support, she did become a Chartered Accountant.

Ajit Shekhawat was born with cerebral palsy and underwent treatment for two years at a Mumbai hospital at the age of five. His treatment was going on but he decided to continue his studies and cleared CA.

Chirag Chauhan was among the survivors of the Mumbai serial train blasts on July 11, 2006, which claimed over 180 lives. That day he had left for home early when a bomb exploded in the suburban local at Khar Road station. His spinal cord was damaged due to the explosion and some particles are still embedded in his chest and close to the trachea. Now, he is bound to a wheelchair.

He lost his father at the age of 18. Despite his injuries, he decided to clear CA and is now working at a reputed post in a company.

There are no secrets to success. It is the result of preparation, hard work, and learning from failure.
-Colin Powell

She cleared her first group of IPCC in the 4th attempt and second group in the 5th attempt and CA Final in the second attempt. But she was so focused that no such failures gave her a second thought of career even in the most difficult times of her life. She didn’t give up and scored AIR 1 in CA Finals.

10. Neeraj Arora, From 1 marks in Chemistry to enlightening the lives of thousands of students

If you haven’t faced tough times in life, you won’t gain the knowledge. If you don’t have the knowledge, how will you pass it on to others? A teacher by passion, a Chartered Accountant by training. CA Neeraj Arora is not a new name for any CA student. From scoring 1 marks in 11th std to teaching thousands of students, Neeraj Sir has come a long way. Today, he is enlightening the lives of thousands of students.

These were the stories of a few candidates who faced struggles and failures in their life. But they didn’t give up. They fell but stood up again and again, worked harder and became a Chartered Accountant. We salute these achievers. Hope their stories gave you inspiration. Drop your views in the comments below. 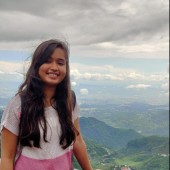 How To Present Answers In Law

Inside the Mind of a CA Student taking Multiple Attempts

Regular College or Correspondence: What to Do Along with CA?